The Jacinto Guerrero Choir was formed in 1989 thanks to Ana María Sancho, the director, and Consuelo Álvarez-Palencia, the tutor of the Toledo Music Conservatory, and first chorus musical director. Both iniciated it creation. Throught it magnificient career which lasted more than twenty years, Consuelo Álvarez-Palencia was substituted by Juan José Montero. From 2015 until now, the musical conducting is taken by Bauti Carmena Mateos.
Throught it career, the Chorus has succesfully perfomed concerts in Germany, France, Italy, Poland, Israel, Bulgary and in the St Peter´s Church, in the Vatican. Furthermore, it has performed in many different Spanish cities
The Chorus has received many prizes and awards in so important meetings, such us: San Vicente de la Barquera Competition (Cantabria),the Griñon Choir Contest (Madrid), The Castellana Song Contest in Fuensalida (Toledo) and at international festivals such us: The Abu-Gosh International Festival (Israel) and the Toledo International Music Festival.
The Chorus has cooperated with and extent number of orchestra groups, such us the Bulgarian RTV Orchesta, the Catalan Chamber Orchestra, The Elche Orchesta, the Symphony Orchestra of the Cathedral of Madrid, the School Orchestra of the Symphony Orchestra of Madrid, the RTVE Symphony Orchestra and the Symphony Orchestra, the Sofía Soloists Chamber Orchestra, the Russian State Symphony Orchestra, and the Zespol Panstwowych Szkol Munzyczych Orchestra of Krakow and the King´s Inmemorial Army music band
It participated in the extraordinary ceremony of Solemn Investidure as Doctor Honoris Causa of His Excellency Mr José Saramago, under the honorary presidency of H.R.H. Felipe VI of Spain. Also, it participated in the Investidure of His Excellency D. Gregorio Marañón y Beltrán de Lis
It has successfully made several recordings, including the CD Christmas Carols, anothe in collaboration with the music band of the Toledo Army Academy, focusssing on military and Toledan themes under the direction of Mr Antonio Sendra, and the CD Música de la Catedral with songs composed by the Master of the Chaptel of Toledo Cathedral in the eighteen century, Francisco Juncá y Carol, accompanied by the RTVE Orchestra under the direction of Mr Enrique García Asensio ( edited by RTVE). It has also had the privilege of taking part in several premieres of works by contemporary composers.
It repertoire is extensive, including Works from all periods and styles, especially the polyphonists: T.L. de Victoria, F.Guerrero, C.Morales, The classics: J.S.Bach, G.F.Haendel, W.A.Mozart, etc and composers form the 20th century and 21st centuries: Antón García Abril, José Zarate, Adelino Barrio, Cristóbal Halffer, Noel Sámano, Alejandro Yagüe, etc.
Among the last concerts, we highlight: The Gold Century concert devoted to the fourth century of death of Miguel de Cervantes, the Luigi Cherubini `Requiem´perfomance at St Tome´s Church, in memory to Señor de Orgaz, the performance of the participatory ´Messiah´ at Greco´s auditorium, conducted by D. Jean-Chistoph Spinosi, the Gabriel Fauré ´Requiem´, in Illescas (Toledo), The John Rutter ´Magnificat´ performance at Toledo Cathedral and the profane work by Carl Orff `Carmina Burana`conducted by Francisco Moya and celebrated in the XXVII Music International Week. 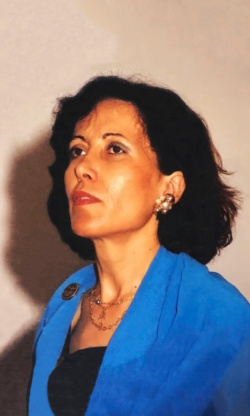 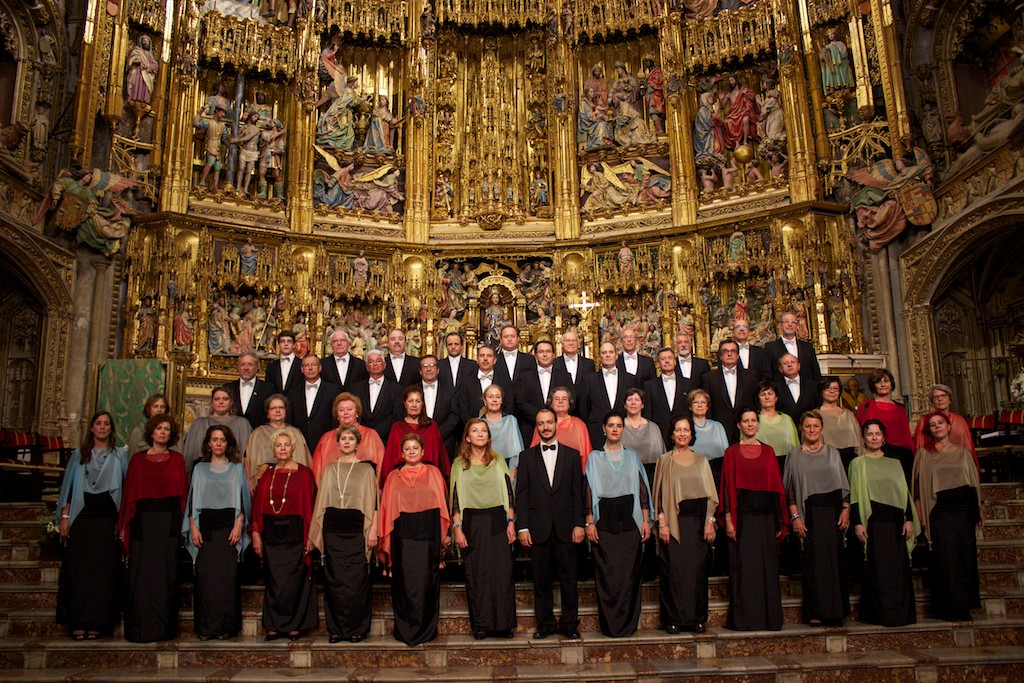 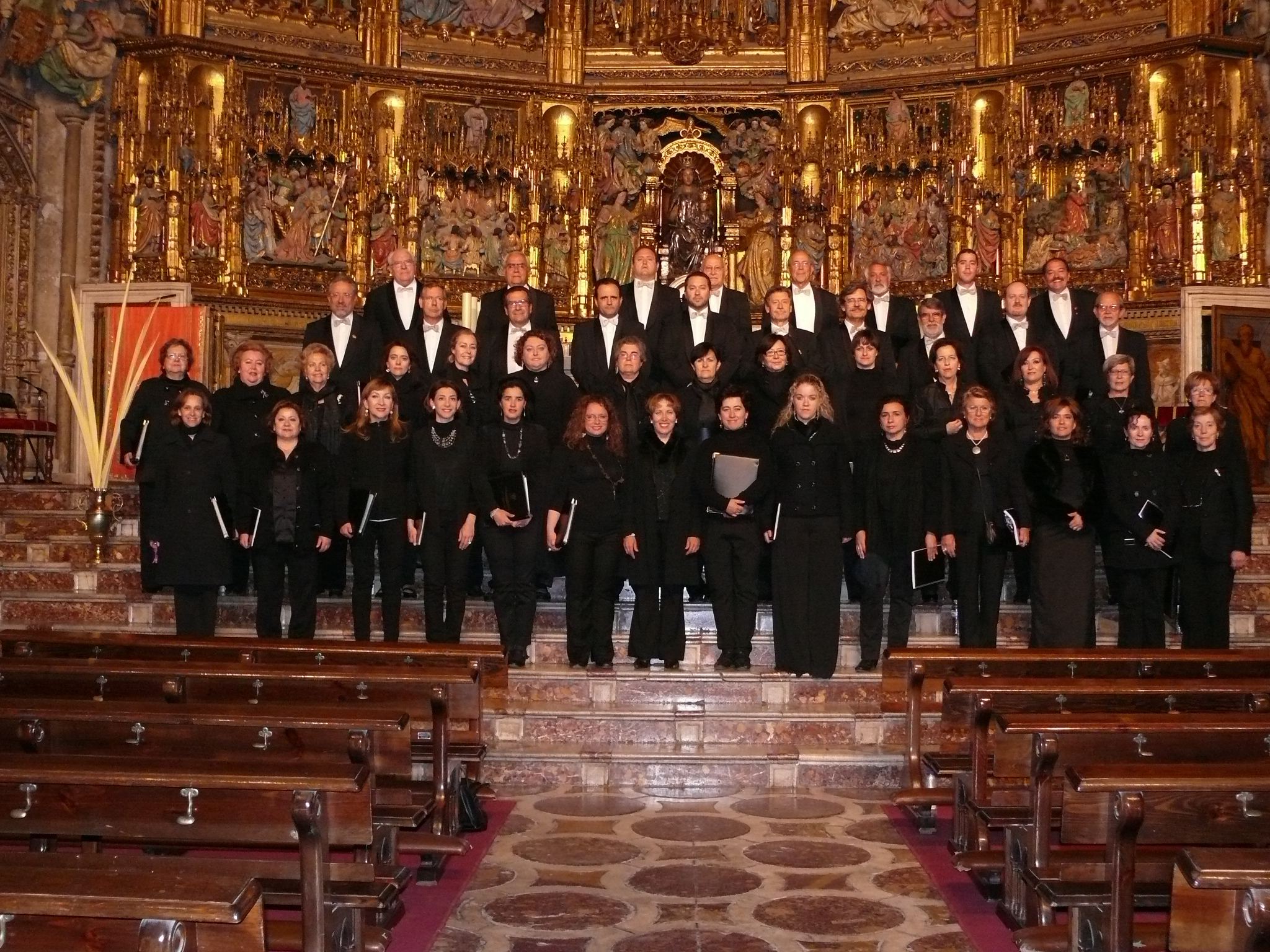